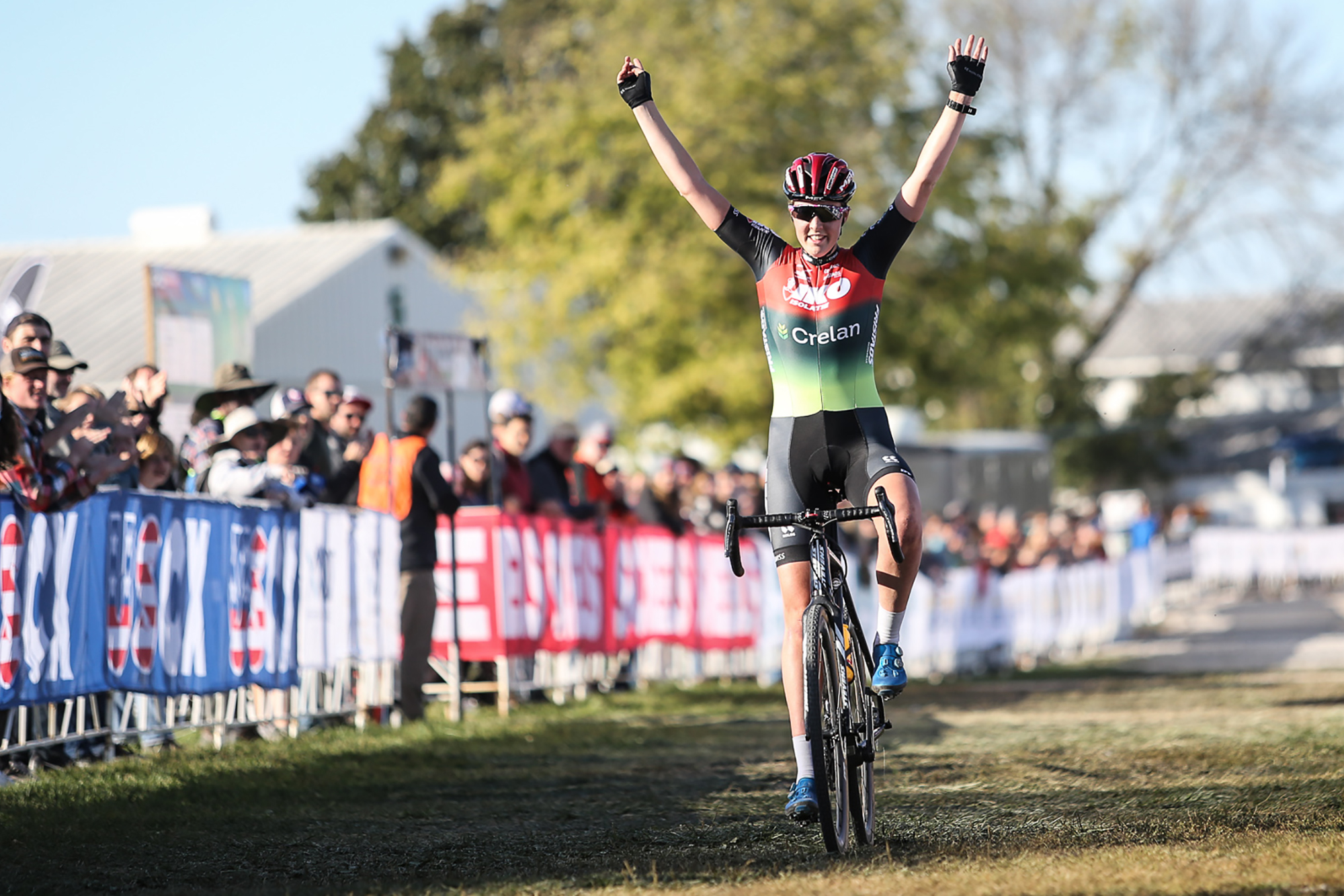 October 16, 2021 (Iowa City, IA.) – Day two of the 2021 edition of Jingle Cross was filled with fun and excitement for riders and fans in Iowa City. Under sunny skies, amateur racers battled throughout the day as gravel racers tackled the Jingle GX 100km Gravel Race before enjoying the afternoon’s C2 races.

In the Women’s C2 race, Manon Bakker (IKO-Crelan) set the early pace and quickly pulled clear of Perrine Clauzel (A.S. Bike Crossteam), Sunny Gilbert (Hardwood Next Wave), and Harriet Harnden (Trek Factory Racing) on the opening lap. Bakker never looked back and crossed the line 46 seconds clear of her nearest competition. Behind Bakker, the trio of Gilbert, Clauzel, and Harnden battled early for the remaining podium positions before Gilbert surged on lap four to secure second, with Clauzel distancing Harnden for third.

“It’s good to have a win,” said Bakker. “This season has been a struggle from the start, but I am happy now to have a good result – a win! It’s been a long time since I won, and hopefully, this feeling will continue into the World Cups.” 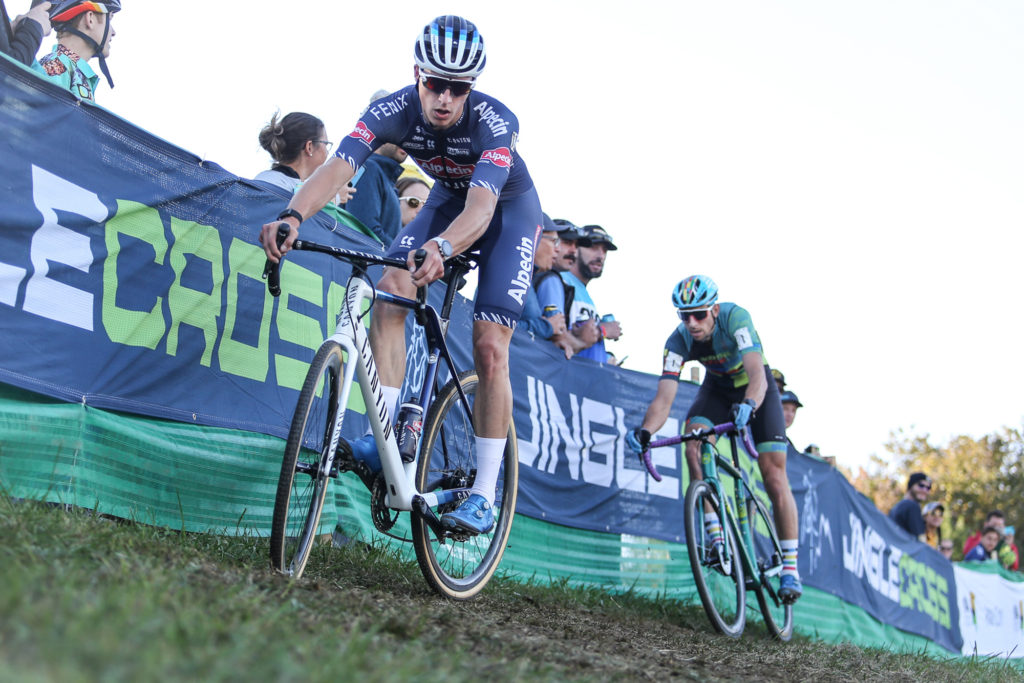 The day’s racing came to a close with the Men’s C2 event. The race strung out early with Niels Vandeputte (ALPECIN-FENIX) and Kerry Werner (Kona Maxxis Shimano) quickly establishing a lead with Gosse van der Meer (Bombtrack Bicycles p/b Hunt Wheels) chasing alone in third. Werner and Vandeputte worked well together to build an insurmountable lead to assure themselves the top two steps of the podium. Throughout the race, Vandeputte tested Werner with small accelerations but couldn’t shake him, and the duo hit the base of Mt. Krumpit together on the final lap. Halfway up Mt. Krumpit, Vandeputte launched a vicious attack, going clear over the top and charging to the line for a stunning win. Werner would cross the line a few seconds later with van der Meer holding on to third.

“It was a really tough race,” said Vandeputte. “It was a nice ride with Kerry (Werner). He was strong as well, and we took turns every other lap. About halfway in, I gave it a go and he came back so I knew it would be tough to take the win. The last time on Mt. Krumpit, I was first and took a few meters and extended it on the second climb. This is my first Elite victory, so it’s pretty cool to take it in the U.S.A.”

The third and final day of the Jingle Cross 2021 kicks off at 7:50 am with a full schedule of amateur racing. In addition, the Grinch will officiate the IDT Kids Race before man’s best friend takes center stage in the legendary Doggy Cross. The weekend’s keystone event, round three of the UCI World Cup, gets underway with the men’s race at 2:00 pm, followed by the women’s event at 3:45 pm. Finally, Jingle Cross 2021 concludes with the Big Grove after-party at 6:00 pm.