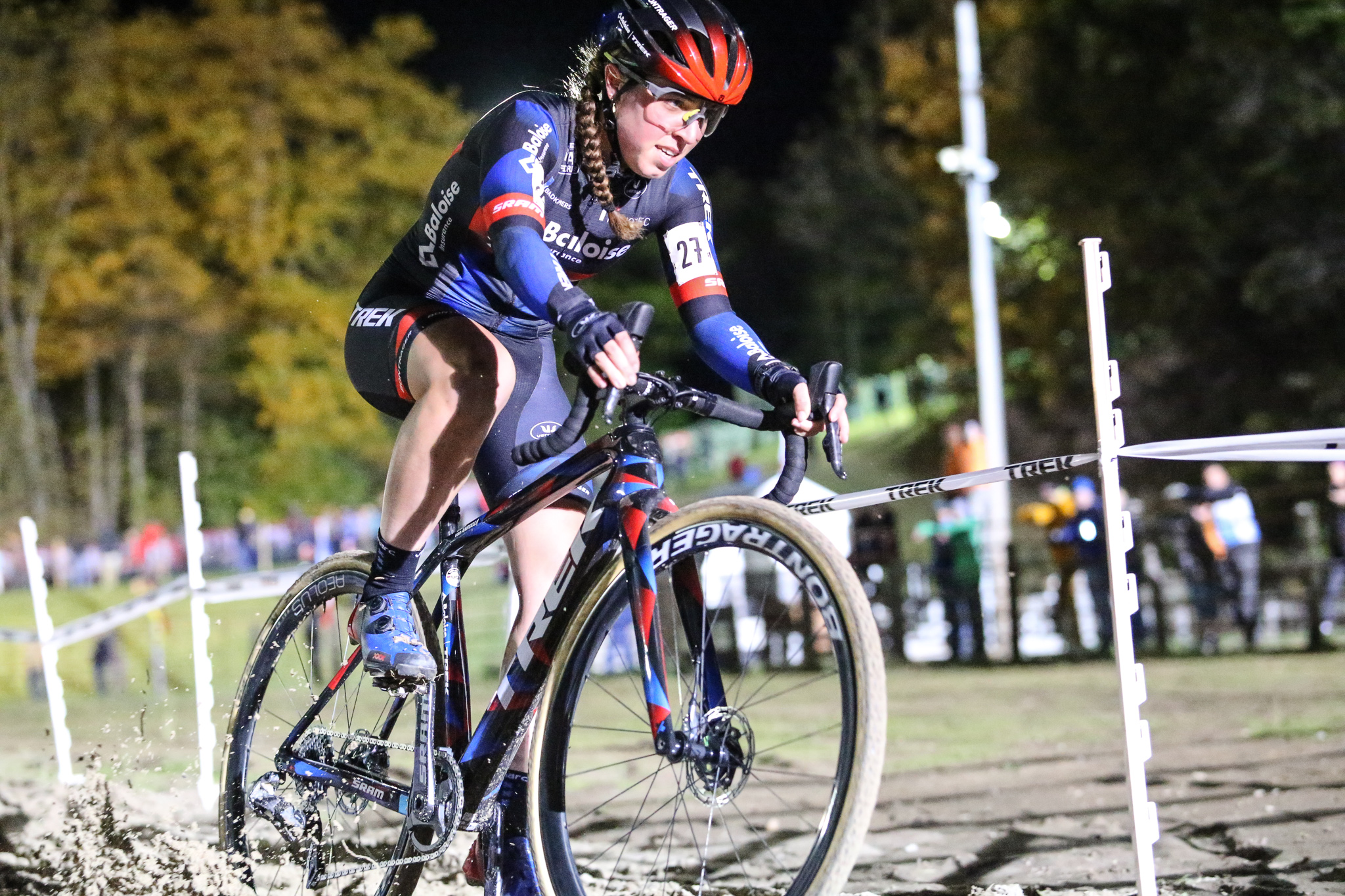 October 15, 2021 (Iowa City, IA.) – After a year long hiatus, Jingle Cross roared back into Iowa City with a spectacular first day of racing. Warm weather and mostly dry conditions greeted riders on the opening day of Jingle Cross. The conditions made for great racing for the hundreds of amateur riders that competed throughout the day before the evening’s Musco Friday Night Frights – River Products Company Chris Lillig C1 races.

Capping the first day of racing in Iowa City saw the Elite Women’s and Men’s fields taking to the course late in the evening with Musco Lighting illuminating the Johnson County Fairgrounds in south Iowa City. The Elite women were first to take the course; after a full day of amateur racing, the track had developed a few slick corners, deep ruts in the sand, and tricky off-camber sections.

Shirin van Anrooij (Baloise Trek Lions) dominated the women’s race. Halfway through the second lap, she powered clear of Hélene Clauzel (A.S. Bike Crossteam) with Marion Norbert Riberolle (StarCasino CX Team), giving chase in third. Van Anrooij’s lead contin-ued to grow and by the fourth lap was up to 20 seconds. The podium positions appeared locked until Caroline Mani (Pactimo Fierce Team) clawed back Norbert Riberolle with three laps remaining. Mani then set her sights on Clauzel but was unable to close the gap on the final lap. Van Anrooij crossed in the line 40 seconds clear of her nearest rival, sig-naling that she was ready to compete for the podium in Sunday’s World Cup.

“I really like this course, and the atmosphere is amazing,” said Van Anrooij. “I always love racing in the dark, so it makes for a fun evening. I like the sand races in Belgium, so I knew that was the place I should attack, so I just went full gas there.” 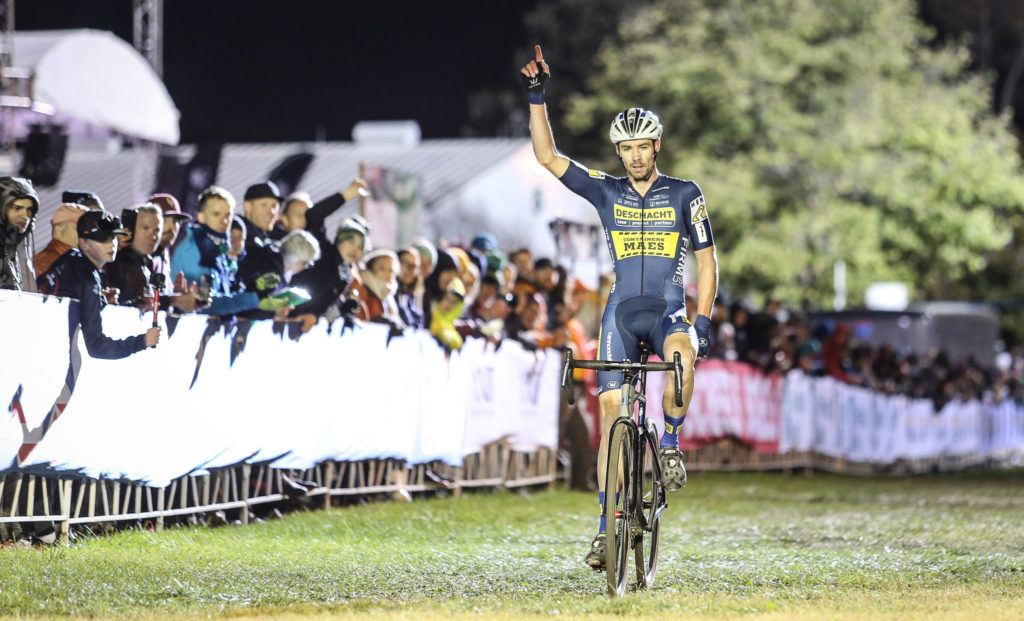 Eric Brunner (Blue Competition Cycles p/b Build) set the early pace in the men’s race before a slip of gears the second time up Mt Krumpit dropped him from the front spot in the men’s race. Anton Ferdinande (Pauwels Sauzen-Bingoal) then upped the tempo and quickly established a gap off the front. Brunner, Vincent Baestaens (CX Team Deschacht-Group Hens-Maes Containers), and Thijs Aerts (Baloise Trek Lions) gave chase. A mid-race mechanical issue again knocked Brunner out of the lead group as Ferdinande con-tinued to push the pace, pulling clear of Aerts with Baestaens. A slip in a corner allowed Aerts to catch Ferdinande as a never-say-die Brunner powered his way back to Baestaens. Brunner could not hold Baestaens’s wheel as he surged to rejoin the leading duo on the final lap. On the last time up the infamous Mt Krumpit, Aerts crashed, taking down Ferdaninde. Baestaens took full advantage and powered to the line ahead of Aerts, with Brunner coming from nowhere to snatch a well-earned third.

“I have lucky number seven today because the other two guys were stronger than me, but sometimes you need to have luck,” said Baestaens. “I changed bikes with three laps to go, in my mind it was already over, then the other guy (Brunner) came to me and said ‘push’ so I kept pushing and saw they were doubting each other and I said I can close the gap. On the last lap, they crashed in front of me, and I came past them. I was just lucky today.”